What happens to my family heirlooms if I get divorced? 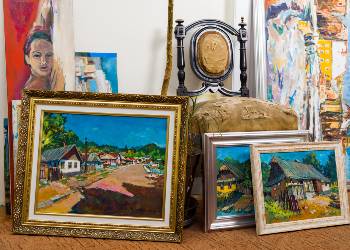 Everyone knows divorce comes with the possibility of paying alimony or giving up property to your former spouse. If you’re considering a breakup, you may be worried you could lose sentimental objects meant to stay within your family. Whether those heirlooms are at risk depends on if they are considered “personal” or “marital” property by the court.

How Heirlooms Are Handled During a New York Divorce

The possibility of losing family treasures is why it can be a better idea to go through mediation and come to an amicable agreement on splitting up property, rather than allowing the court to step in if you can’t agree on how to divide assets. Objects with an emotional attachment to your family from before your marriage could be taken from you, such as:

The key here is determining whether any given heirloom should be considered a marital asset, and therefore subject to division by the court. If you inherited the heirloom before getting married, then it isn’t marital property. The heirloom also likely isn’t a marital asset if it was gifted to you specifically, rather than to both you and your spouse, while you are married.

Except under specific legal conditions, courts tend to steer away from giving sentimental objects to the other party in the divorce. There are times when heirlooms could be granted to your spouse anyway, however, such as if:

For instance, if your spouse repaired or restored an antique heirloom and its value went up, then you no longer have the sole legal claim to that property. The court may consider it to be a marital asset, even if it was originally given to you before the marriage. The same can be true if you use joint marital funds to repair a home that’s been in your family for generations.

Protect Your Family Heirlooms With a Divorce Attorney

When dealing with the stress of a divorce, you deserve a lawyer on your side who will advocate on your behalf to protect your cherished heirlooms. Do you have sentimental assets you want to keep safe in a divorce? Contact Alatsas Law Firm today.