Does my marriage qualify for an annulment? 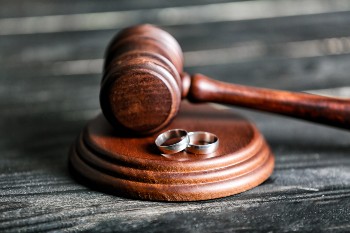 Few couples account for the possibility they may someday be driven to divorce. While a prenuptial agreement or other legal arrangement could ease the financial burdens of separation, the process of securing a divorce is rarely without complication. Consequently, couples seeking to dissolve a marriage often explore alternatives to divorce. Under certain, limited circumstances, New York courts can annul a marriage, immediately dissolving it without any need for protracted legal proceedings.

The Difference Between Divorce and Annulment

When permissible, annulments are often preferred to divorce for the following reasons:

Annulments are also preferred over divorces when one or both spouses stand to benefit from being able to maintain they have never been married. Religious persons, for instance, may find the prospect of divorce morally objectionable and might therefore be inclined to seek formal recognition that the marriage was never valid.

However, securing an annulment can prove difficult, as the Empire State typically only grants requests for annulment under very specific circumstances.

Eligibility for an Annulment

Since annulments are only granted when a marriage is found to have been illegitimate, any person seeking an annulment should be able to prove one of the following:

When considering an annulment, the court may ask for compelling evidence in support of the petitioner’s claim, such as documentation that the other spouse was already married or a medical report indicating that the other partner is incapacitated and unlikely to ever recover.

Since New York courts only grant annulments under very certain circumstances, any petition which does not clearly or adequately demonstrate eligibility is likely to be denied.

However, even if the annulment is not approved, spouses can still appeal the decision.