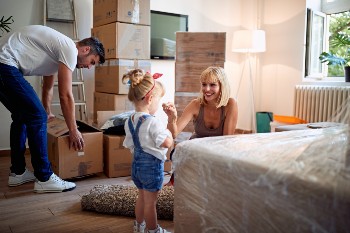 Life circumstances change over time, and those changes don’t always mesh well with the original child custody agreement after a divorce. If you need to relocate for any reason—like getting a new job, moving in with a significant other, or caring for aging parents—you need to proceed carefully if the other parent has visitation rights or partial custody.

What You Need to Know Before Moving With Your Child

The courts don’t expect your living arrangements to remain exactly the same in the years after a divorce. That’s why the custody agreement can be changed, but that change must be approved either by the other parent or by a judge. Here’s what you need to do before packing up your child and moving:

After hearing the petition, the court makes a decision based on what is in the child’s best interest. In particular, a judge will consider how a move will impact the non-custodial parent’s ability to visit the child, as well as changes to the child’s ability to see extended family, attend school, and so on.

The most important thing to remember is to consult with an attorney before making the move. Violating a custody agreement, even by accident, can come with severe legal repercussions and extremely stressful custody battles.

Protect Yourself by Talking to an Attorney Before Relocating

Are you planning on moving with your child soon and aren’t sure how to proceed? Call or message Alatsas Law Firm to set up a consultation and discuss your situation. We want to help protect you and your family while you navigate your post-divorce life.