Child custody matters are often easiest when both parents live in the same city or at least nearby to share the responsibilities of raising a child. However, it occasionally becomes necessary for one parent to move away because of work, other family obligations, housing costs, or other reasons. 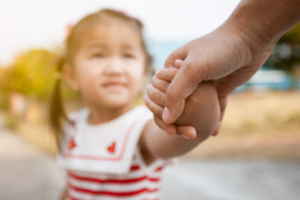 Our New York child custody lawyer will address the question of how far can a parent move with joint custody and additional joint custody relocation considerations to keep in mind.

The rules for joint custody when one parent moves out of state vary significantly from one state to the next, which is why it’s important to consult an experienced child custody attorney who is familiar with the various state laws. In New York, there is not a set number of miles that a parent with joint custody can move away because every situation is unique.

Initially, most child custody orders will specify that parents must remain in a limited geographic area, such as within the borough of Brooklyn or in Greater New York City. To make a decision about longer distances, the court will assess the reasons for the proposed relocation, the relationship between the child and both parents, the impact of the relocation upon the child’s future, and how lifestyles would change after such a move.

Some states have requirements that express consent from the other parent is needed before a child is relocated and that proper notice is given. Distance-based determinations and a good faith burden of proof may be additional requirements, depending on the location and your specific situation.

New York law does not allow one parent to simply move a child to another state if the other parent objects to the move and without the court’s permission. A judge may decide that a child can spend summers with one parent and the rest of the year with the other parent after a distant move or require more frequent communication via phone, text, or video chat. However, both parents will still retain the same decision-making authority for the child regardless of physical location.

How Does Moving Out of State Affect Child Support? Including Brooklyn Child Custody

An out-of-state move may require an adjustment in the child custody agreement to reflect the changes, or at least the parents must work out who will pay for the additional travel costs. Another thing to consider is how moving may affect a child support arrangement because different states have different child support laws, and child support orders are typically established on the basis that both parents live in the same state.

The original child support order can still be in place after an out-of-state move to ensure that the child continues to receive the support he or she needs. If a parent fails to pay child support, his or her wages can still be garnished from out of state because employers cannot deny wage garnishment regardless of what state the parent is in. Parents can also still be prosecuted for failing to pay New York child support that has been ordered in a different state because criminal nonsupport charges are both state and federal crimes that can result in jail time and other penalties.

Alatsas Law Firm is conveniently located for residents of Brooklyn, Queens, and Staten Island. Our ground floor office is handicapped accessible with a subway stop and two bus lines nearby.

by Ted Alatsas [email protected]
Connect with me
Trusted Brooklyn, New York Family Law Attorney helping NY residents with Elder Law and Asset Protection
3 Comments
by Angela M August 18, 2022 at 05:25 AM
by Angela M August 18, 2022 at 05:24 AM
I am moving to floirda I got married last year and now am 5 months pregnant. My husband lives in FL. i am due july. I have a 6 year old and still doing court with her dad. I have physical placement but we have joint custody. He is on probation and court is not taking me seriously. I do not want to move without my child.
by Amanda Case March 29, 2022 at 12:20 AM
Post a Comment

At Alatsas Law, we provide the one-on-one guidance you need when you’re struggling to resolve a family law, elder law, asset protection, or bankruptcy concern. We explain complex legal concepts in easy-to-understand terms and encourage all of our clients to fully participate in the decision-making process so they can face their future with confidence.