New York, like other states, believes both parents have a responsibility to support their children financially. Generally, the parent who spends less time with the child makes payments to the other parent. However, if there is a significant discrepancy in incomes, the lower-earning parent may receive child support even if each parent spends 50% of their time caring for the child. Child support is not a tax-deductible expense, nor is it counted as income.

How Child Support Is Determined in New York 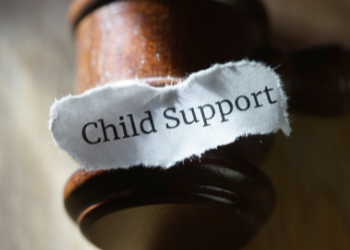 Child support in New York is governed by the Child Support Standard Act (CSSA) and is found in two parallel statutes: Domestic Relations Law 240(1-b) and Family Court Act 413. The formula is based on an income share model and assumes children should receive the same proportion of income that they would have been entitled to if their parents remained together.

The child support formula uses a fixed percentage of gross income for both parents and varies only by the number of children. The formula applies to income up to a capped amount that can change every year. As of 2020, the capped income is $154,000 per year.

The percentages used are as follows:

In addition to basic support, the court will prorate add-ons such as health care and expenses, daycare, and education costs. When parental income exceeds the capped amount, adjustments can be made at the court’s discretion based on factors such as the previous standard of living, tax consequences, and non-financial contributions to the child’s wellbeing.

If a court finds that a parent has reduced income in an effort to avoid paying child support, imputed additional income based on previous income can be used to determine the appropriate support amount.

After the child support order is in place, it will be reviewed every two years for a cost of living adjustment. If you have a significant change in income or other major life circumstances that affect your ability to pay support, you can file for a modification outside of the automatic review. You will be asked to provide proof of the reason you are unable to pay your current support obligation or why you believe you are entitled to a higher child support amount.

Each state has the authority to set its own child support rules, but failing to pay child support is a violation of federal law. Parents who do not make court-ordered child support payments face a wide range of penalties. Depending on the amount owed, penalties can include:

New York law requires payment of child support until a child is 21 years of age. This also includes providing health insurance coverage. However, child support may end earlier if the child is under 21 and married, self-supporting, or in the military.

How an Experienced New York Child Support Attorney Can Help

Resolving child support issues promptly is important for both custodial and non-custodial parents. Consulting an experienced attorney will provide you with much-needed legal advice to help you through the process. Brooklyn family law attorney Theodore Alatsas can help you understand your options and determine the best way to proceed.

While the Family Court can assist you in preparing your petition, a skilled Brooklyn family law attorney can prepare the paperwork for you and handle the filing, service, and prosecution of your case. Alatsas Law Firm is conveniently located for residents of Brooklyn, Queens, and Staten Island. Our ground floor office is handicapped accessible with a subway stop and two bus lines nearby.