Will Americans Receive a Fourth Stimulus Check in 2021? 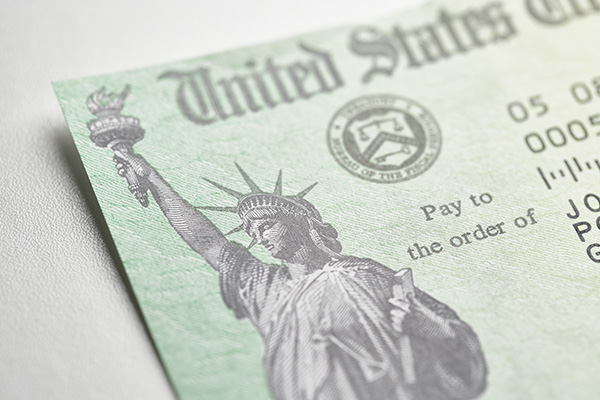 Americans do not yet know if there will be another stimulus check in 2021. We do know that the IRS is nearly done sending out its third round of stimulus checks, and some lawmakers are already pushing for a fourth. Though some households are showing signs of economic recovery after more than a year of shutdowns due to the coronavirus, CNBC reports that nearly thirty percent of Americans were unable to cover their living expenses in late March.  Further data from the US Census Bureau indicates about eighteen million adults are going hungry every month.

While President Biden maintains his focus on his two trillion-dollar infrastructure plan, twenty-one Democratic Senators have sent a letter to the President. In their letter, the Senators write, "Almost 6 in 10 people say the $1,400 payments set to be included in the rescue package will last them less than three months". In particular, these direct payments help Americans who do not qualify for unemployment insurance yet have seen their work hours reduced or left their employment to care for family members during the pandemic.

The Senators ask President Biden to include automatic unemployment insurance extensions and recurring direct payments in his long-term economic plans. The letter from the Senators is similar to an overture made by House Democratic members who advocate for monthly payments until the US achieves full economic recovery. Some progressive Washington lawmakers are projecting payments should continue into 2022. President Biden has not yet publically said he supports a fourth stimulus payment.

Even with continuing stimulus check payments, the economy is projected to grow rapidly yet unevenly, leaving some US cities suffering economic hardships for decades. Even with uneven economic growth, the individual and family stimulus money provides a small modicum of housing and food security for those who are hit hardest due to COVID-19. By itself, a fourth stimulus check can lift 6.6 million people out of poverty in 2021, according to a report from the Urban-Brookings Tax Policy Center.

The Biden Administration is currently working on a sequel to the March approved American Rescue Plan known as the Build Back Better plan. This proposal seeks to invest in transportation, the nation's energy grid, water systems, and broadband though it may not include stimulus checks. As Biden seeks Congressional approval for funding of Build Back Better, Democratic Congresspeople and Senators are calling for the President to include recurring stimulus checks during the pandemic.

Other ideas for helping the most economically vulnerable Americans include passing a minimum wage hike. Senators Mitt Romney (R) and Kyrsten Sinema (D) are the most recent to attempt passing a minimum wage hike from the federal minimum wage of $7.25 an hour. Some proponents want to see the minimum hourly wage set to 15 dollars an hour, and others are proposing 11 dollars an hour. No matter the dollar amount, there is widespread support to increase the federal minimum wage. A 2021 report from the Brookings Institute models how a 15 dollar an hour minimum wage can economically lift 37 percent of US households to become financially self-sufficient.

Another proposal to increase economic security for Americans is to make the child tax credit raise permanent. In July 0f 2021, the federal government will send periodic payments to lower and middle-income families with dependent children. This action alone can lift millions of US children out of poverty. Finally, an extension of the federal unemployment assistance program beyond September will also help Americans weather the pandemic. Even with the advent of the vaccination program, businesses still run at limited capacity, affecting workers' hours to prevent new waves of COVID-19.

There are several options to protect the most economically vulnerable Americans during the pandemic, and as of yet, President Biden has not made clear which options his administration prefers. With a mid-term election cycle upon the US in 2022 and a closely divided Congress, many Congressional lawmakers will be advocating for ways to help Americans better survive the coronavirus pandemic. Additional stimulus checks are one way to achieve economic security for many but not President Biden's only option.