Can a child support agreement be amended in New York? 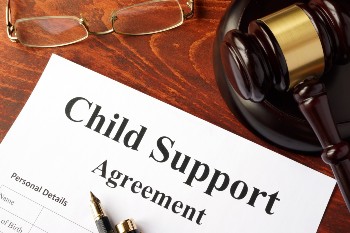 Life after divorce isn’t static. People lose or change jobs, have family emergencies that require relocation or reducing work hours, and so on. Family courts are aware of the possibility of these changes, and they are open to changing existing agreements. However, this can be done only under specific conditions.

When You Can Amend a Child Support Agreement in New York

Like with changes to custody arrangements when one parent moves out of state, you can also petition the court to amend the amount of child support paid to the custodial parent. A child support modification order can usually only be sought under three circumstances:

A wide range of possibilities exists for that third option that the court can consider on a case-by-case basis. These may include times where the parent experiences a sudden job loss, becomes disabled, or is incarcerated for reasons not involving failure to pay child support. A significant life change can also occur when the child suffers a health issue that requires substantial medical treatment.

In any of these instances, you need to talk to a lawyer as soon as possible and continue paying your current child support amount until the agreement is formally changed. You can experience significant legal and financial issues if you fail to pay the full amount currently ordered, even in situations where you lost your job or suffered a health setback. Don’t forget you need to petition the court for an amendment even if you and the other parent came up with a written agreement together instead of using the court’s standardized guidelines.

Talk to an Experienced Divorce Attorney Before Making Any Changes

Don’t ever make informal changes to child support without court approval. The potential legal ramifications just aren’t worth it. Instead, make sure you fully understand your rights and have someone in your corner to negotiate on your behalf. Get in touch with Alatsas Law Firm today to find out how you can change your custody arrangements.