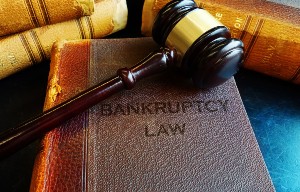 We are often asked by potential clients if they can file for bankruptcy protection a second time, even though they had already received a discharge in a prior case.  The answer to that question is yes, but there's a catch.

Time Limits Are Based On The Discharge Date

The bankruptcy law doesn't provide a time restriction on multiple filings.  Instead, the time restrictions are based on when the discharge happens.  You could file multiple times, with the knowledge that you will not be discharged if the filing occurs prior to the expiration of the allowable time between one discharge and the other.

There may be strategic reasons for filing earlier than when eligible for a discharge, but this tactic can often backfire, causing more problems than they solve.

Filing Under the Same Bankruptcy Chapter: Chapter 7 and Chapter 13

Here are the timeframes if you plan to file the same bankruptcy chapter that you filed the first time:

You'll have to wait eight years after receiving a discharge in the first Chapter 7 case filing date before filing the second case.

After receiving a discharge in a Chapter 13 case, you can file again two years later, if necessary.

What if I want to file under different Chapters?

Here are the waiting periods when a second bankruptcy case is a different chapter than the one you received your first discharge in.

If the received a discharge under a Chapter 13 bankruptcy, you'd need to wait at least six years from the date you filed your Chapter 13 bankruptcy case before filing for a Chapter 7 discharge. You could file sooner, if you paid unsecured creditors (credit cards, for example) in full in the Chapter 13 case, or if you paid at least 70% of the claims, the plan was proposed in good faith and was represented your best effort.

If you received a discharge in your Chapter 7 case, you would need to wait at least four years from the Chapter 7 filing date before filing a Chapter 13 case.

When a Second Filing Might be Beneficial Even Without a Discharge

A similar approach is to file a Chapter 13 case immediately after receiving a Chapter 7 discharge (a procedure informally referred to as a Chapter 20 bankruptcy). Again, all you might need is time to pay off nondischargeable debts, such as domestic support arrearages—not a discharge.

However, not all courts allow the process, and it can be tricky to qualify for a Chapter 7 bankruptcy and then demonstrate that you have sufficient available income to pay into a Chapter 13 plan. It's possible, though, after taking into account the debts wiped out. In any case, it would be wise to consult with a local bankruptcy lawyer before attempting to go this route.

What If You Didn't Receive a Bankruptcy Discharge in the First Case?

In most situations, you can file again and receive a discharge in the second bankruptcy if you didn't receive one in the first matter. But that's not always the case. Also, you lose the full benefits of the automatic stay—the order that stops creditors from collecting—when you file multiple bankruptcies in quick succession.

The court dismissed the first case

Unless the court orders otherwise, you can file again. A 180-day waiting period may apply if you failed to obey a court order or appear in the case, or you voluntarily dismissed the case after a creditor filed a motion for relief from the bankruptcy stay.

The court denied your discharge

You might be able to file again, but you probably won't be entitled to a discharge of the debts listed in your first case. This is another unusual circumstance wherein you would be wise to seek the advice of an experienced bankruptcy lawyer.

When Are Multiple Bankruptcy Filings Abusive?

The term abusive bankruptcy filing can refer to a Chapter 7 filing that doesn't meet the means test—the qualification standard that determines a filer's right to a debt discharge. But it can also describe a case filed by someone who inappropriately uses the bankruptcy process to evade a creditor or buy time in a collection action, such as a foreclosure or lawsuit.

Simply put, the court frowns on debtors who file with no intention of following through with the case. Repeat filers face the consequences for using such tactics, such as a lack of protection from collections (the automatic stay won't go into effect after multiple filings) or the denial of a discharge.

Working with an experienced New York bankruptcy attorney is the best way to make sure your filing provides the maximum level of asset protection. We are happy to answer any questions you have and guide you through the process step by step.

Alatsas Law Firm is conveniently located for residents of Brooklyn, Queens, and Staten Island. Our ground floor office is handicapped accessible with a subway stop and two bus lines nearby. Contact us today to schedule a free, no-obligation initial consultation.