What to Expect During a Second Divorce 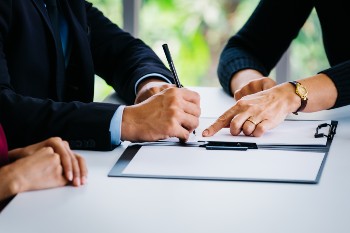 Divorce rates in the United States recently reached record highs. For many divorcees, single life, dating, and re-marriage offer the promise of new beginnings. However, statistics suggest that the second time is not always the charm, with recent reports estimating that some 60% of second marriages will eventually end in failure. Unfortunately, a second divorce is often no easier than the first—for many people, subsequent separations are often all the more difficult.

Why Re-Marriage Is so Likely to End in Failure

The United States has a notoriously high divorce rate. While younger generations seem to be staying married for longer, researchers nonetheless expect that half of all marriages eventually end in separation. When people re-marry, they typically fare even worse: anywhere between 60% and 70% of second marriages result in divorce, with third and fourth marriages having even lower odds of success.

After the initial divorce, re-married Americans might face some of the following difficulties:

During a second or third divorce, spouses might have to take on additional financial responsibilities, including alimony and child support. Unfortunately, these new responsibilities will not override any similar arrangements remaining from the last marriage—leaving a second or third-divorced spouse burdened by an ever-accumulating mountain of debt.

How a Second Divorce Could Complicate Your Life

A second divorce could be particularly devastating, especially in regard to your:

Divorce is an inherently divisive process—and one that almost always has the potential to be very, very expensive. Since second divorces are most likely to occur when many adults have become comfortable in their careers and established some semblance of financial stability, second-time divorcees risk losing more assets during and after separation.

Your second divorce could affect assets, including:

If you own a home, share a mortgage, or have jointly divided any other properties with your second spouse, they will need to be divided before the final divorce settlement is approved. Depending on the circumstances of your divorce, your partner could ask the court to grant them a greater-than-equal share of both your financial assets and your real properties.

Unfortunately, the court could court neglect your existing financial obligations—especially if your income has increased, or if any of your children are very young.

If your spouse is financially dependent on you for income or support, the court could order you to pay alimony. Unlike some other states, New York does not require that a marriage have lasted for a certain number of years before alimony can be awarded. However, the length of your marriage will likely determine how much support your spouse is entitled to receive. For example: