Can child custody arrangements be changed after a divorce? 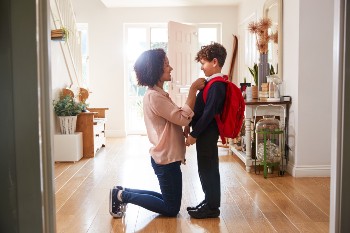 When parents can’t agree on custody issues after separating, the court can issue a legal custody order defining who a child will stay with most often. Life circumstances change, however, and the original order may not make sense forever. Custody arrangements that were set in place in the past can be vacated or modified, but only in specific conditions.

When a Custody Arrangement Can Be Changed in New York

The court may have originally granted sole custody to one parent or joint custody between them, with either a 50/50 split or one parent receiving a larger share of physical or legal custody. That order may be removed and a new one put in place when there are significant shifts to the child’s daily circumstances. What constitutes a “significant change” is up to a judge to decide, and can include:

A decision to modify custody arrangements is made based on the child’s best interests. That means you need to present a convincing argument that any of these life changes would have a negative impact on your child. An experienced New York child custody lawyer can help you prepare for a custody hearing, as well as gather and prepare evidence to show the change needs to be made.

Talk to an Attorney If You Need to Make Custody Changes

If you want to change your custody agreement, or if the other parent in the arrangement is seeking to make changes you want to avoid, you need a lawyer. Let us know the basics of your current situation so we can set up a consultation and find the best way to help your family move forward.