Should I consider a debt settlement instead of bankruptcy? 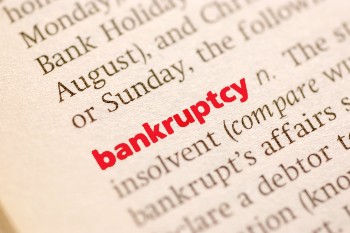 Filing for bankruptcy is rarely, if ever, an easy decision. While bankruptcy can offer the promise of a fresh financial beginning, its implications could be long-lasting, jeopardizing your ability to negotiate with lenders, obtain loans, and secure new lines of credit. However, many debtors have options beyond bankruptcy, including debt settlements.

The Differences Between Bankruptcy and Debt Settlements

Bankruptcy is widely considered the fastest path out of debt. Unfortunately, bankruptcy is not without consequences: under most circumstances, a bankruptcy will linger on credit reports for up to a decade, making it difficult to secure new lines of credit, whether to finance a purchase as large as a home or as ordinary as a smartphone.

New York allows residents to follow either of the following forms of bankruptcy:

Bankruptcy proceedings are overseen and adjudicated by federal courts and the United States Department of Justice, which have jurisdiction over all domestic bankruptcy cases. Everyone who files for bankruptcy must meet certain requirements and provide the court with extensive documentation of their financial circumstances. Since court proceedings are a matter of public record, a declared bankruptcy could be visible on routine background checks, whether for employment, housing, or government benefits.

Debt settlements, on the other hand, are comparatively informal, with most settlements taking place out of court.

The Advantage of Debt Settlements

A debt settlement is an agreement wherein the lender consents to a debt being repaid in part.

People with unmanageable debt may be reluctant to negotiate a settlement with their lenders. After all—why would a bank, a private company, or a financier accept less money than they are owed?

However, lenders are often far more understanding of financial hardship than most consumers realize. While lenders will seek to recover as much of an outstanding debt as they possibly can, companies know that negotiating a debt represents a critical opportunity to recover an outstanding debt—if not in full, then at least in part. If lenders refused to negotiate, then debtors would feel they had no choice but to declare bankruptcy.

A debt settlement could provide some advantages over bankruptcy, especially if:

Debt settlements do not typically involve a discharge of all debt and can be more expensive than bankruptcy. Nevertheless, settlements can be a preferable alternative to bankruptcy, as they allow you to resolve your outstanding debts without the blight of a bankruptcy case on your credit report.